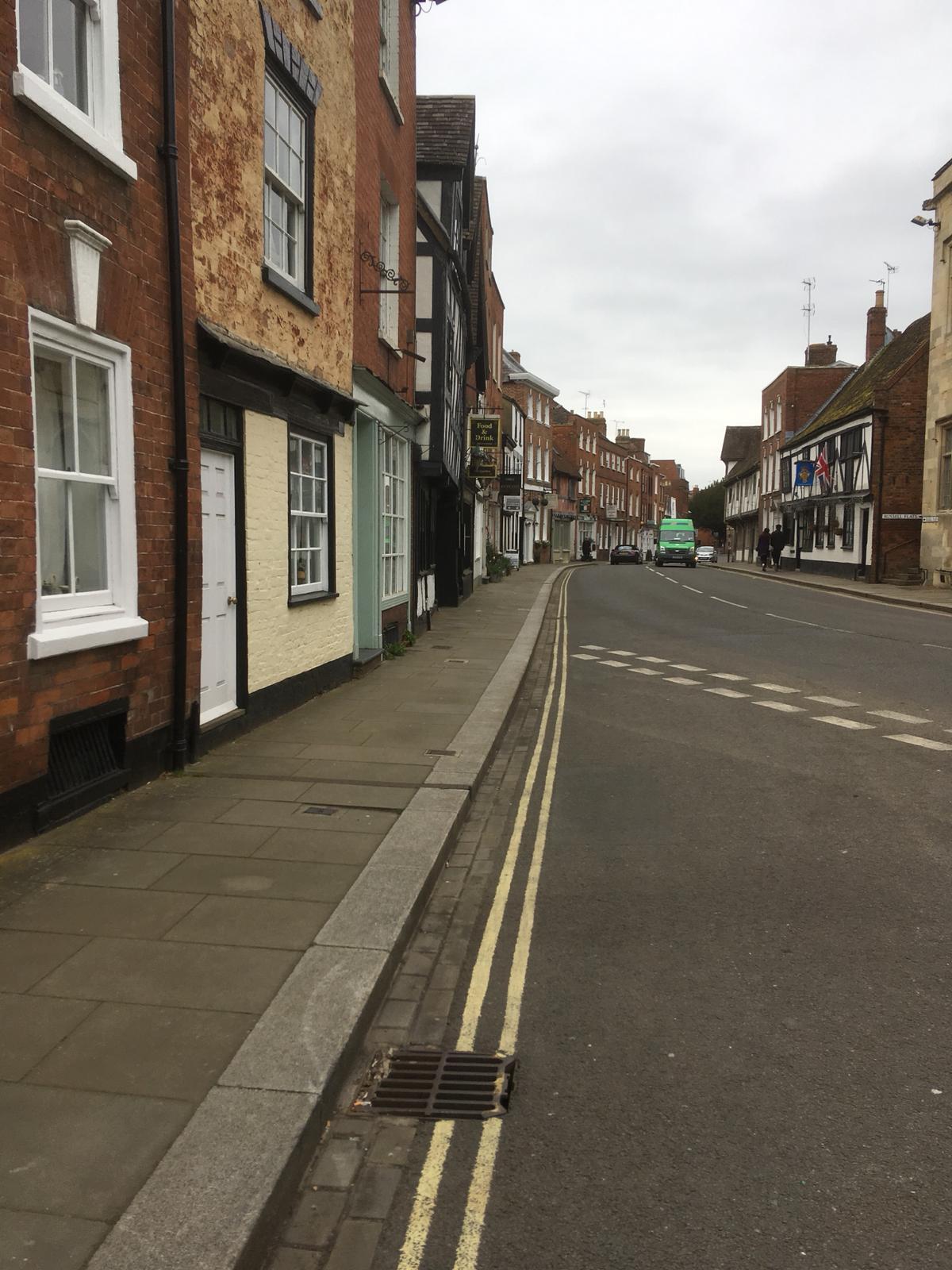 If anyone had said to me, when I was planning this adventure, that I would have to travel 300 miles and wait until Day 20 before meeting my first walker, I would have thought they were madder than me. Amazingly, that’s what happened, and not a minute too soon, but more about that anon.

It wasn’t too difficult to find the path for the Severn Way and ease myself out of Gloucester. The route followed the eastern bank of the river until just short of Tewkesbury and for the most part it was a very pleasant walk. The early section, though, literally followed the riverbank and proved to be a bit of a scramble. The river level was high – it is an estuary river – and the path was poor in parts and covered in scrub. I encountered one fallen tree which required a nifty bit of limbo dancing to navigate – not easy with a full backpack – resulting in my right knee leaving a perfect imprint in the mud. I wasn’t far from Gloucester but for some reason I felt very vulnerable. Maybe it was my mood. For the first time on the walk I missed the security of fellow walkers. Passing the back of some poorly-maintained dwellings and the residue of obvious fly-tipping didn’t help. As I turned sharp right at a secluded garden fence a vicious-sounding dog suddenly barked aggressively a few feet behind me causing me to nearly jump out my skin. All I needed was the first five bars of ‘Dueling Banjos’ to start up and I would have burst into a sprint!

After the gentle, open walking of the canal, the prospect of 13 miles of this filled me with dread. Happily, everything changed after a couple of miles and the remainder of the day saw me walking atop a low-level flood barrier, through grassy fields on a perfect surface. There was a strong wind behind me, helping me along the whole day.

After 5 miles I spotted my first serious walker approaching from the opposite direction. He was walking the complete Severn Way from Plynlimon in Wales to Severn Beach, some 223 miles from source to finish. We could have chatted for hours, talking about the many walks we had done, our CVs being virtual carbon copies of each other. After 15 minutes we wished each other good luck and moved on, my mood considerably brighter now. Later in the day I met my second walkers, a man and a woman. Again we were all delighted to meet and talk to each other. The woman was walking from her home in Sheffield to Portsmouth, there catching the ferry to Bilbao to then walk the Camino de Santiago. Now that is an undertaking, and, like me, she appeared, on the surface, quite sane. She may have been slightly younger than me – but, then again, most people are.

As I approached Tewkesbury I could see the Abbey from some distance away. The town itself is quaint with many Tudor-style buildings. My own overnight hotel is, apparently, located in a 700 year-old building but the shower in the bathroom is distinctly modern – I didn’t want to come out of it!

Tomorrow I am looking forward to meeting up with John again, in Worcester, this time accompanied by Trevor, giving me some company over the next few days. My blog posts will inevitably be shorter because they will drag me out to the pub.

I almost forgot – I passed the 300 mile mark today.