I knew that today’s walk to Inverness would be the best part of 20 miles so I had an early breakfast and was on the road for 9am. The weather was still warm and sticky so, after yesterday’s dehydration problems, I made sure that I had plenty of water on board. 3 bottles of water added to the weight I was carrying but it was a small price to pay for peace of mind.

My B&B was at the far end of the village so my route took me past the Loch Ness Centre, a tourist-orientated area promoting everything possible related to the fabled Loch Ness Monster. Love it or loathe it, the ‘Nessie’ phenomenon is all part of the mystique of Loch Ness and of Scotland. 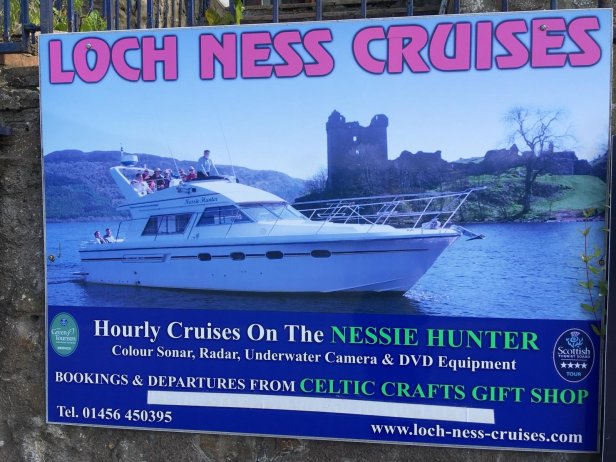 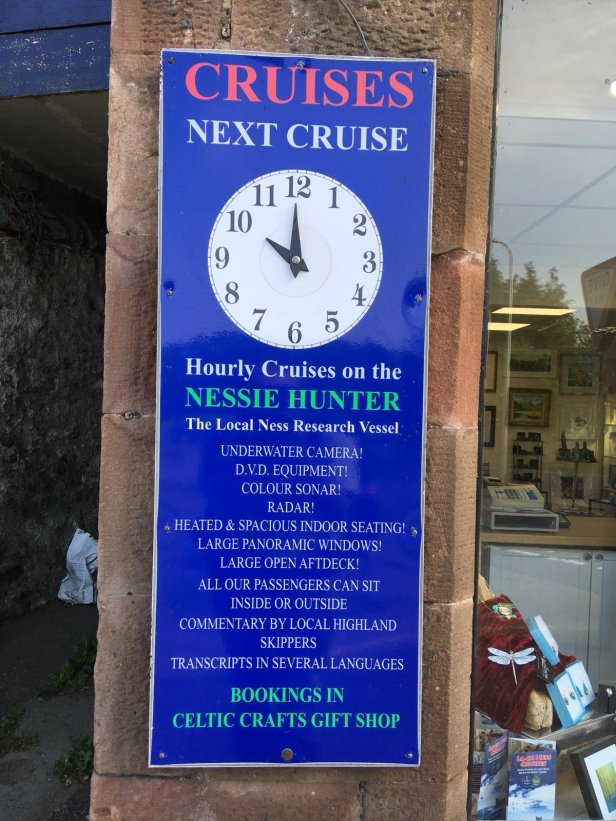 I followed a pavement alongside the main A82 Inverness road as far as Temple Pier. A path from there soon led me on to the inevitable steep climb, mostly through very thick forest.

Looking backwards, early on, I had a good view of Urquhart Castle, which is one of the most recognisable and photographed castles in Scotland. I had washed 2 shirts last night but already the one I was wearing was soaked through with perspiration. I was grateful for the shade provided by the trees. The atmosphere wasn’t just as muggy as yesterday because an occasional breeze would arrive intermittently.

The high-point of the ascent was 1,250 feet with the rest of the day fairly level after that, the way only descending to finally enter Inverness. Along the lengthy trail I enjoyed some straight stretches of both forest and country road, taking frequent short stops for water. About half way through the day I heard a crack of thunder off to my right. This encouraged me to speed up a little. I rounded a corner after Dunain Hill to get a wonderful panorama of Inverness below. This was the cue for my first rain since Wigan, on Day 30, to appear. It wasn’t heavy, in fact the sun was still shining, but it was enough to cause me to cover my pack and put my jacket on. It started at 2pm and was finished after 20 minutes. At the earliest opportunity I got back to shirtsleeves. 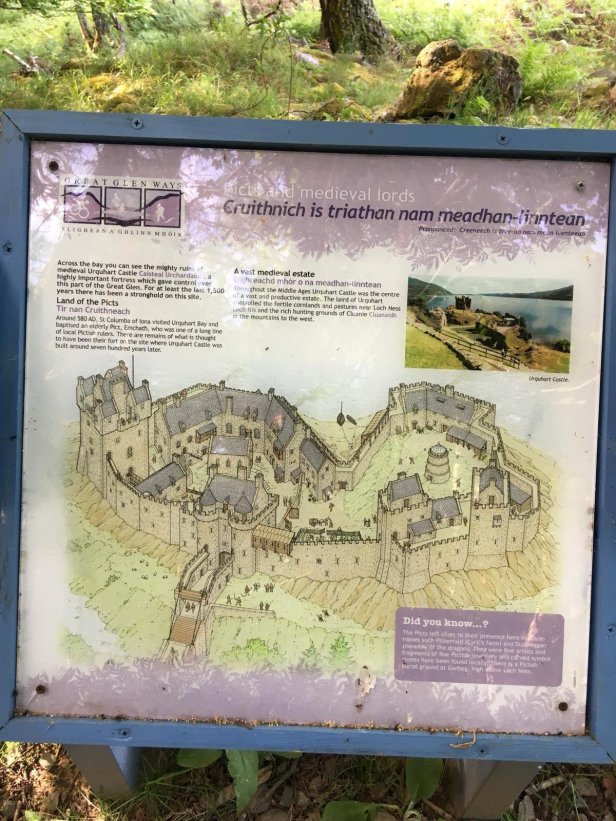 Passing a golf course I reached the Caledonian Canal and worked my way into the busy city of Inverness via Bught Park, the River Ness and a number of bridges. Right at the end I caught up with my 2 doughty girl walkers from Fort Augustus, the ones I’d left on the bench overlooking Loch Ness 2 days previously. They had walked together ever since. How’s this for a coincidence – they are both called Jasmin? We chatted the last half mile to the castle and the official end of the Great Glen Way. They are both happy for me to post their photo so, Jasmin & Jasmin, I wish you both well in your future adventures… hopefully until you’re both pensioners!

That gave me enough time to check into my hotel and have a long, warm shower before meeting my darling wife, Elizabeth, from the Glasgow coach at 6pm. That left her enough time to do my washing before having dinner at 7.30.

PS. Only joking about the last bit, ladies. Or was I? Anyway, I’m looking forward to a relaxing day off tomorrow.