My original plan upon reaching Scotland was to take the Annandale Way north from Gretna, link up with the Southern Upland Way and head west, through the Leadhills (Lowther Hills), via Wanlockhead to Sanquhar. When I plotted the day from Beattock to Wanlockhead (the highest village in Scotland) I am happy to admit that, for the first time on the whole walk, I thought it would be reckless of me to attempt it. At 20 miles walking and over 4,000 ft of ascent, factoring in possible bad weather, I realised I had to be sensible about this. Also, I had done the walk before, when we did the Southern Upland Way in 1990, and found it a tough walk then – that time going downhill! So I changed my route and headed for Sanquhar via Annan, Dumfries and Thornhill. This gave me more roadwalking but it saved me time. I gained a full day by changing the route. All of this is a long-winded way of explaining why I ended up with a short day today.

Kilmarnock to Glasgow would have been a long 20+ mile day, so I used my extra day to do a portion of that and split the long day into 2 manageable sections. Thus today’s 7 mile stroll along the A77 cycle path to the road-end at Waterside.

Benny joined me again today. We met at 10am at the Kay Park in Kilmarnock then made our way to Dean Castle Country Park for an enjoyable walk along the Kilmarnock Water. The grounds and visitor centre have recently had a major upgrade with the castle itself now closed for extensive refurbishment. We arrived there on yet another glorious sunny morning (yawn) to find the grounds full of busloads of schoolchildren enjoying their summer school trips.

Dean Castle and the Country Park have featured in the hit series, Outlander. Some of my wardrobe could easily have been used as props.

We crossed the river at Assloss Bridge and joined the main A77 road, then walked on pavements to the village of Fenwick which lies a couple of miles north of Kilmarnock.

Fenwick, like Kilmarnock, and countless other towns and villages in the South-West of Scotland is proud of its Covenanting history. The story of the Covenanters is worth an internet search. After walking the length of the village main street we turned left to join the A77 again on the other side of the newer M77 motorway. 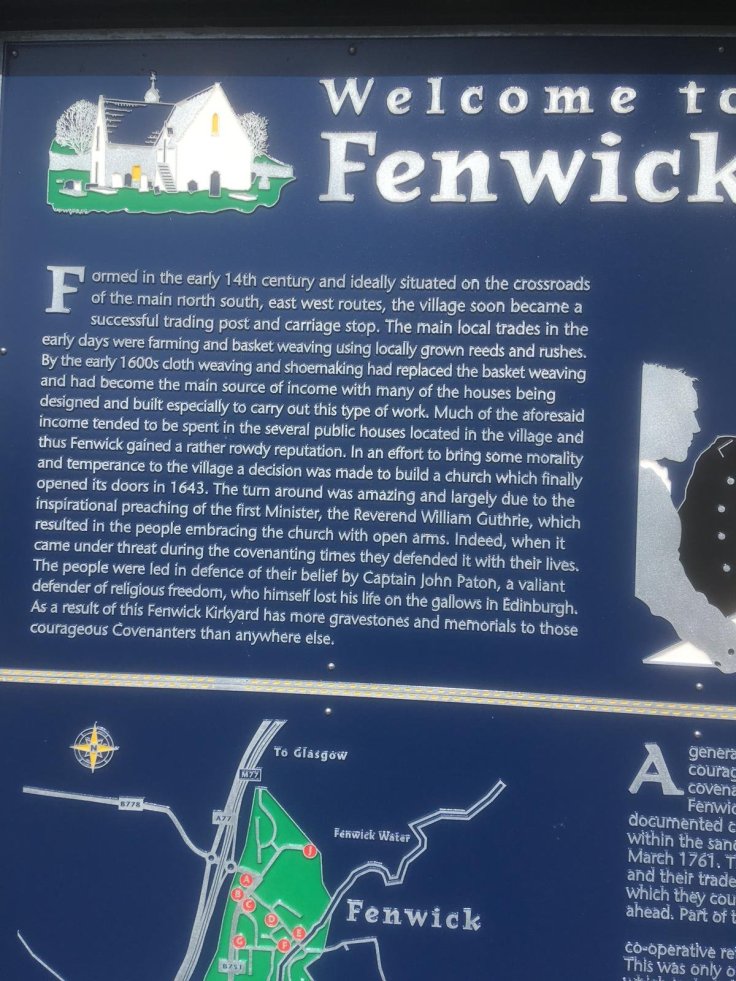 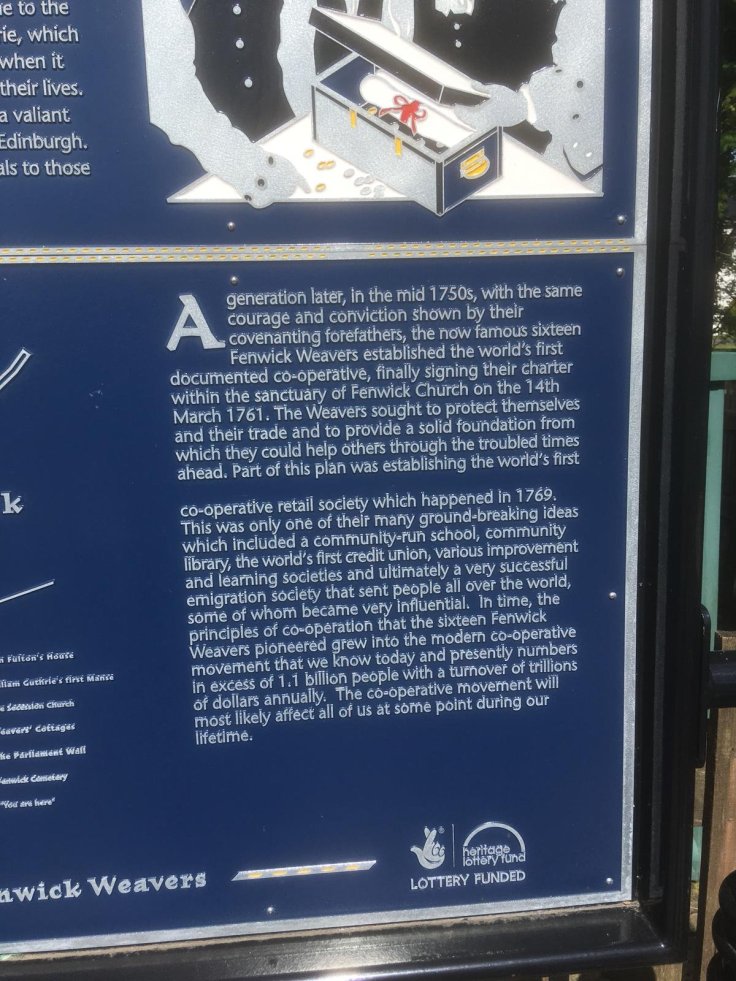 The A77 has a cycle path and walkway formed at one side which is going to be my route tomorrow to the outskirts of Glasgow. We followed this as far as Laighmuir where we crossed back over the motorway on Glassock Bridge to meet Madeleine for our lift home. I was finished for 12 noon, as I had planned, and used the free afternoon to catch up on a number of things that I had been unable to attend to for a while. First on the list was to get a haircut – no funny comments, please!