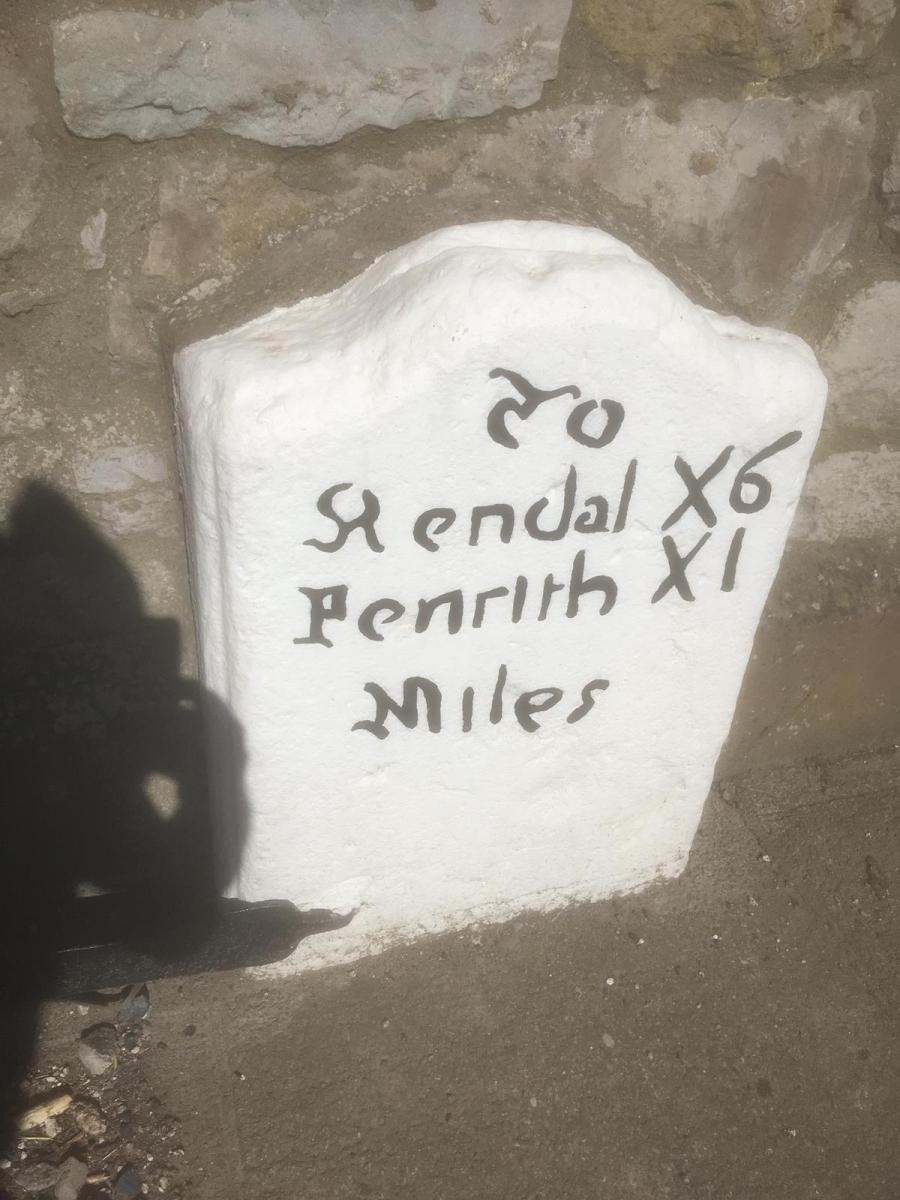 There had been some rain overnight and it was still raining, although only lightly, when I got out of bed this morning. The weather gods are still looking after me, however, because the rain had stopped and everything was drying up as I left my Guest House after breakfast. Eddie and Sergio had moved their car on to Shap and returned to Kendal by taxi. We met up at the railway station and set off for what we knew would be a testing day. My route for the next 3 days, from Kendal to Carlisle, a distance of some 50 miles, is called the Millers Way. 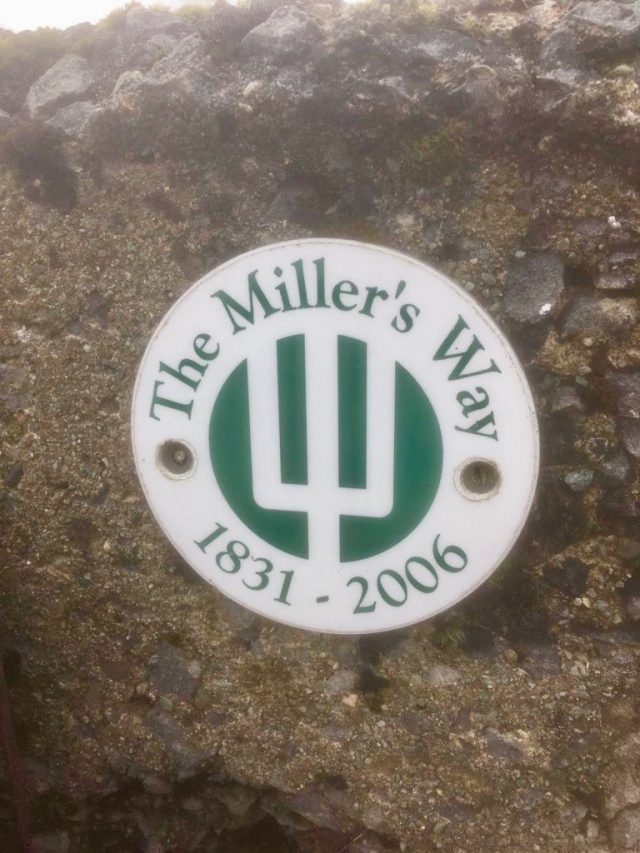 I missed our first turn just after crossing the River Kent because we were too busy talking. We soon got back on route to follow the river for a short while then a series of farm tracks and field paths. Some of the stone stiles were very narrow, having been designed for very small people without backpacks. 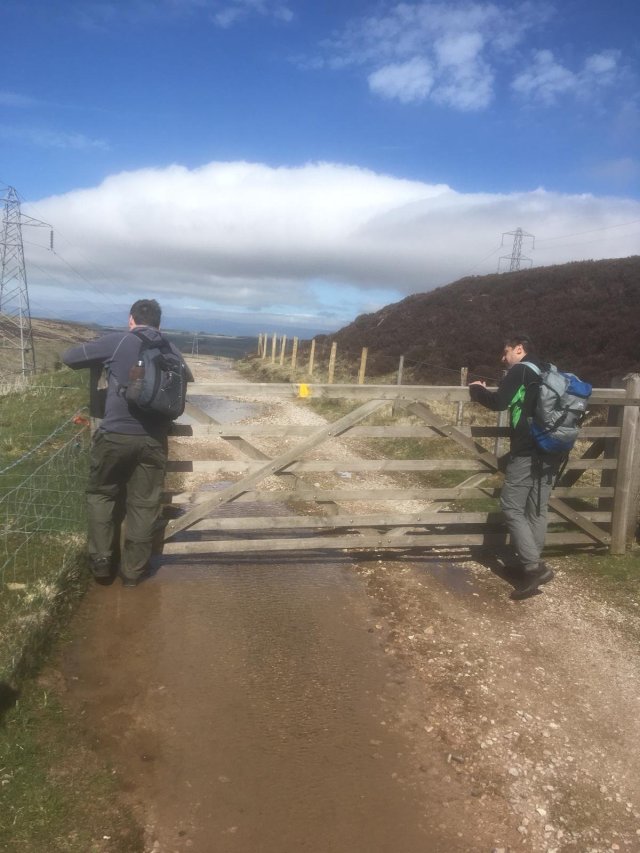 Not long after leaving Kendal I had my first Kerching (number 3 of LEJOG) since the Jubilee Way at Severn View, nearly 3 weeks ago. At Tarn Bank we crossed the path of the Dales Way, a walk that we did way back in 1996. I remember that being a picturesque walk from Ilkley to Bowness on Windermere, when I first fell in love with the Yorkshire Dales.

After the flat walking of canal towpaths it came as a bit of a shock to the system to now encounter some gradually increasing gradients. Our path took us through a farmyard with a couple of aggressive dogs to then rejoin the A6 road for a few hundred yards.

Starting to climb in earnest now, we shadowed the A6, walking on a sort of C road whose sole purpose was to give access to and from the sheep farms which were dotted all around. After passing through Borrowdale we crossed the A6 again to walk over Packhorse Hill. There was a strong breeze blowing most of the day, helping us along some of the time, to be accompanied by blue sky and warm sunshine as we approached Shap.

Our path took us right through the middle of Shap Granite Works, which offered safe, designated pedestrian provision. At this point we were alongside the main West Coast Rail line. Not long before Shap our path petered out so we decided to instead follow the pavement bordering the A6 to our journey’s end at Shap. This presented my second Kerching of the day, my fourth in total so far, when I intersected with the Coast to Coast walk which I had done with Pete, John and George in 2011.

At 18 miles, plus significant ascent, today was a tough walk. We were all very tired when we reached our hotel to treat ourselves to a well-deserved pint. That’s Eddie and Sergio finished for this stretch, they return home tomorrow.