Because last night’s hotel wasn’t actually in Kidsgrove it cost us an extra 2 miles to get back on track. The day was dry for starting but the lady giving the regional weather forecast promised showers. We walked into Kidsgrove and picked up our canal for the day, The Macclesfield Canal, which goes to Marple Junction. By following the canal towpath we were also doing the Cheshire Ring Canal Walk.

Unfortunately, like John, Pete has ended up with a couple of longer days to start off with, which is not ideal. Plus, with us carrying our full packs – something none of us have done for years – it makes for a more tiring experience.

Around 11am the rain started, very lightly at first, but it soon became apparent it was not going to stop. I covered up first followed by Pete. We’d had no breakfast so Pete fancied heading for a pub around the halfway point of the walk, after Congleton, which was off the canal but wouldn’t add distance to our day. The road to the pub was busy and awkward. Annoyingly, on reaching it, we discovered it was closed for refurbishment. That was a bit of a downer, because there wasn’t anything else between there and Macclesfield.

To compound the bad luck the rain started getting heavier. It was no longer a nuisance, it was now a real pain. Also, unlike the forecast of showers, it looked as if it had set in for the day. The flat countryside that has surrounded me for days was now noticeably becoming hillier.

At 26 miles long, the Macclesfield Canal isn’t a monster but, even in the rain, it displayed a couple of spectacular features. Near Bosley an aqueduct transports the canal across the River Dane giving great views of the surrounding area. Soon after this, an amazing feat of engineering, the Boseley Locks is reached. This is a series of 12 locks which raise the canal 118ft over the course of a mile. 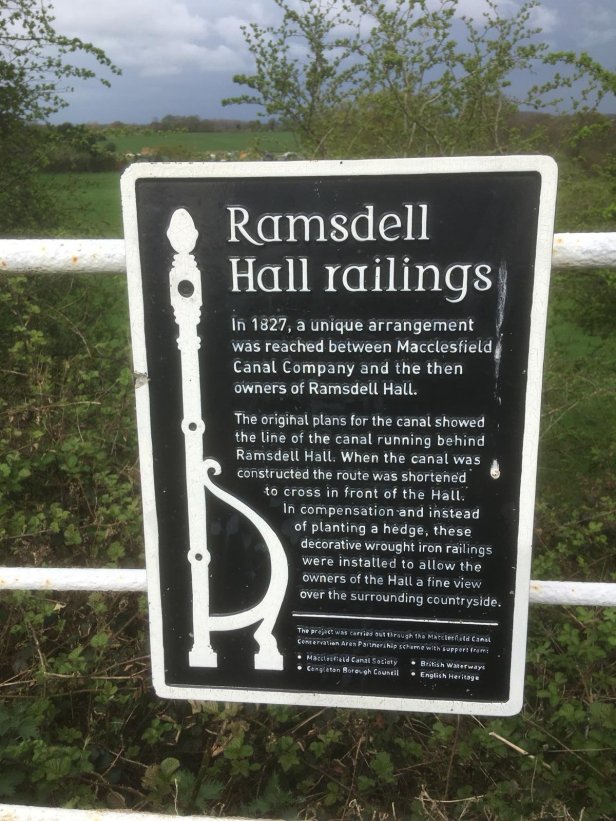 By the time we approached Macclesfield we were both pretty wet and fed up. Leaving the canal to take the main road into town didn’t help because now we were getting splashed by passing traffic – as if we weren’t wet enough! However, we soon found a friendly pub where we enjoyed a pint, some chat with the locals and a bit of a dry off before reaching our hotel.